Thank you for contacting us!

We'll reach out to you as soon as we can.

Tyrepower Ballarat is open and working to ensure our customer and staff safety during the COVID-19 pandemic. Find out more

Melbourne United is thrilled to announce Tyrepower, Australia’s largest independent tyre retailer, has committed to the Club as a major sponsor for the next two years.

The exciting new partnership will see Tyrepower feature on the back of the Melbourne United home and away jerseys, as well as having a strong presence on game day through activations and mascot.

Melbourne United CEO Vince Crivelli is excited about the two business’ coming together for the two-year deal.

Crivelli said “We are very fortunate to receive such tremendous support from our new partner Tyrepower, and we couldn’t be happier to welcome them into our family as a major sponsor.

“Tyrepower have a great track record of engaging with Australian sports clubs, and the partnership is one we’re really excited about growing over the next two years” said Crivelli.

Promoting safety messages to local schools and basketball clubs is a key element of the partnership, and Tyrepower will deliver this through its involvement with United’s community programs and clinics.

Tyrepower General Manager Richard Ellery is looking forward to coming on board with the Club.

“As Australia’s largest independent tyre retailer, we are looking forward to building our relationship with Melbourne United – the players, the team and their supporters.

“It is important to us to continue spreading the message of road safety in the community and Melbourne United provides a fantastic platform for this through their outreach and community programs” Ellery said.

Melbourne United Basketball Club encourage all members and fans to head into their local Tyrepower store for a free safety check and quote.

Thank you for contacting us!

We'll reach out to you as soon as we can.

We are Proud Sponsors of ... 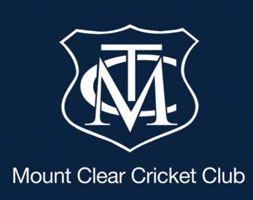